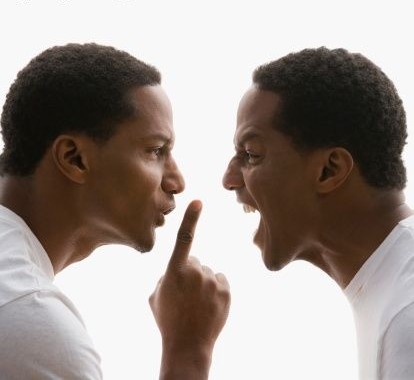 When you’re attempting to critique someone, be sure the critique is transparent, substantive and direct.  If you truly intend for the critique to have an impact on the individual, then deliver the critique directly to the person—not to someone else or through any other indirect communication medium.  Now, if you’re just blowing off steam, that’s one thing but if you have an authentic desire for your critique of someone to have a lasting effect, then you want to say what you have to say about the person via a face-to-face meeting, over the phone, email, or a letter.  In order to ensure what you have to say has substance, be as specific as possible about what you intend to communicate.

America is filled with too many people who are cowards.  If you’re going to “tell someone off,” when are you actually going to talk to that person directly?  Are you really “telling someone off” when you are talking about that person to everyone except that particular person?

Before your critique will have any significance, you’re going to need to shed any sugarcoated language that may be a part of the critique.  Stop worrying about hurting people’s feelings when you get ready to critique them.  If what you have to say is going to destroy a person’s life, then just allow it to destroy the person’s life; he or she is the one who is crazy for letting what you have to say destroy his or her life.

One way to shut someone’s mouth who is trying to critique you in a clandestine and malicious way is to engage that person in a public discourse.  If he or she is really interested in having a truly transparent conversation, then he or she will not mind having the needed conversation in front of an audience.  I’m a person who loves engaging in a public discourse with people who want to critique me, especially those who like to offer their critiques of me in devious and malevolent ways.  The more people listening to me really “let you have it” is always more interesting and fun for me.

It’s time out for playing games with people.  Don’t let someone verbally pound away at you indirectly.  When you’re able to recognize that someone is running his or her mouth about you in private to people, which can be made obvious by how certain people respond to you now and how they respond to that person, call that person out!  Stop letting people off the hook!

Do you really want to offer a critique about someone or would it be better for you to keep it to yourself?  Are you really prepared for the person’s rebuttal to your critique?  Is the reason why you will not give your critique to the person in a direct way a result of your cowardice?

You have to realize that people aren’t going to keep letting you say negative things about them and not eventually respond to you in ways you may not be ready to handle.  Think about the things you say and do before you let them go forth.

Be sure you have the appropriate evidence to substantiate what you have to say about someone.  The people you’re making angry might be able to respond to your critique with arguments and evidence of their own about you that can shut your mouth for eternity.  Again, think before you react!