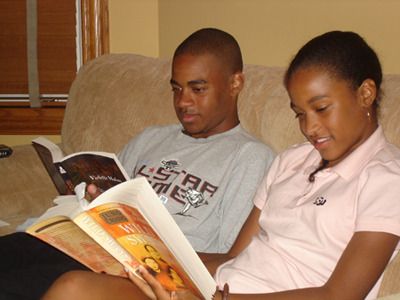 While there are conspicuous benefits to studying history formally at a higher education institution, an individual is not limited to gaining historical knowledge inside a higher education institution.  A person has a few economical options available to learn more about history: (1) checkout and read history books at public libraries, (2) purchase used copies of history books online, especially on Amazon, and (3) read free online historical material, including websites devoted to history, e-books, and scholarly articles available through Google Scholar.  Understanding the past is crucial to comprehending the present and future.  Too often many are flabbergasted about national and international developments.  If they closely follow history, many national and international incidences will not astound them.

Whether one is a Marxist or not, reading the works of Karl Marx, especially Capital, The Economic and Philosophic Manuscripts of 1844, The German Ideology, and The Communist Manifesto, will enable a person to see connections between economic and social evolutions.  By reading Marx, one gains an apposite understanding of capitalism and knowing the history of capitalism is requisite to a keen awareness of the history of the modern and postmodern world.

It would be wonderful to have a majority of elected leaders who are students of history.  Just imagine how much better our lives would be if they actually had a robust knowledge of history.  Through a firm awareness of history, our elected officials are able to be more informed about the likelihood of their policies experiencing success.  At the local and national level, too many failed policies of the past are being employed.  What’s frustrating is many elected officials believe they’re offering new policies—when, in reality, those policies have been used in the past and have been miserable failures.

A passion for studying history must birth throughout the nation.  American citizens cannot simply rely on their elected representatives to have a commitment to learning from history—they must be the ones who change their representatives’ relationship (or lack thereof) with history.  Although you may be a student of history, the mistakes of those around you who aren’t students of history can have a deleterious impact on you.  Any transformative changes in economic and social policy will necessitate that a firm historical understanding be evinced.  No matter how brilliant an idea may sound, if the idea is detached from the lessons of history, it will prove to not be so “brilliant” after all.  When we don’t demand our leaders to be led by history, we unintentionally encourage their ineptitude.

An excellent example of how many Americans lack serious historical knowledge is reflected in numerous reactions to Quentin Tarantino’s Django Unchained.  Too many individuals are attempting to make claims about the film’s treatment of slavery when their responses don’t reveal they’re truly competent about slavery.  Before you proceed to compare the film’s depiction of slavery with the realities of American slavery, you actually have to know the history of American slavery.  Is this too much to ask?  Too many would rather just pontificate about the film and slavery than do the work necessary to have a credible appraisal of the film.  Spike Lee was foolish enough to admit that he was negatively criticizing the film without viewing it.  He expressed that he refuses to watch the film but he was unwilling to forego commenting about a film he has not viewed.  Does this make sense?

You will find that when you engage more with reading history books, you will develop a greater appreciation for history and will have a more enriched understanding of yourself and the world in which you reside.