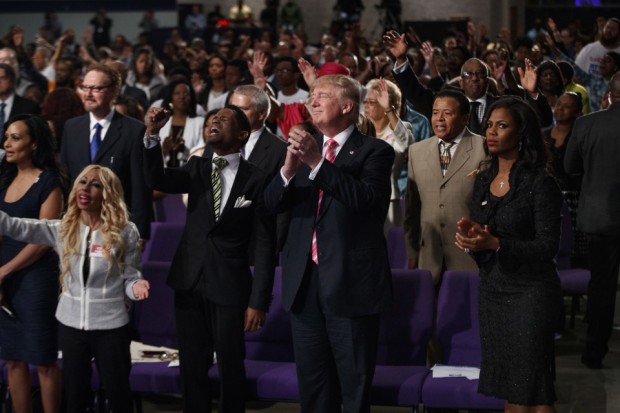 With the arrival of President Donald J. Trump, a “newfound” understanding of God as the supreme ruler of all has emerged. What’s most troubling about this, however, is the “novel” recognition is more about expressions of anger, protest, and resistance than it is about the truth of our sovereign God. Being “woke” should begin with the reality that God has been the sole ruler of all long before Trump—even long before George Washington. If you want to oppose, criticize President Trump, that’s more than fine. Please, however, don’t act like God just became the King of all of humanity and phenomena. The Lord’s supremacy should always guide all of our thoughts and actions, regardless of political party or ideological persuasion.

Psalm 82 states, “God presides in the heavenly council; in the assembly of the gods he gives his decision: ‘You must stop judging unjustly; you must no longer be partial to the wicked! Defend the rights of the poor and the orphans; be fair to the needy and the helpless. Rescue them from the power of evil people. ‘How ignorant you are! How stupid! You are completely corrupt, and justice has disappeared from the world. ‘You are gods,’ I said; ‘all of you are children of the Most High.’ But you will die like mortals; your life will end like that of any prince.’ Come, O God, and rule the world; all the nations are yours.”

Justice and Political Action and Discourse in the Era of Trump

Presidents come and go, politicians come and go, kings and queens come and go, but God is eternal. His kingship is eternal and it’s not based on human votes or anything else of the material world: He serves by the divine authority of “the heavenly council; in the assembly of the gods.”

Yes, as Psalm 82 makes clear, we’re to resist injustice and wickedness and champion the rights of the powerless, the voiceless (“the poor and the orphans…the needy and the helpless”). Without a true understanding and commitment to the already eternal supremacy of God, the poor, the vulnerable, the oppressed, the marginalized will never find liberty from “the power of evil people.” If you, therefore, consider President Trump among “the power of evil people,” then a real sincerity toward God must govern your discourse, your approach, your resistance.

In short, God didn’t just show up on the scene when you surrendered your equanimity to the truth that President Donald J. Trump is your legitimate president of the United States—not simply to be called “45,”—but He’s always been the supreme ruler of all, for “all nations are yours,” even before any human was created.

Ground your protesting and resistance in the truth of God’s eternal supremacy, a supremacy that has always existed.