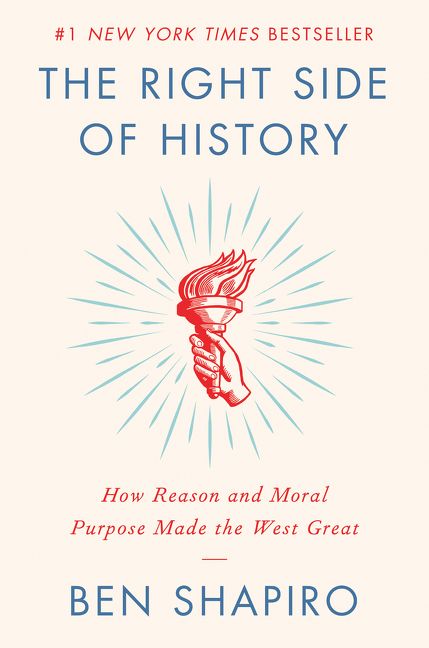 Ben Shapiro’s The Right Side of History (2019) is a thorough defense of Western civilization and the religious and philosophical thought that has supported it. The author attempts to provide of an understanding of the centuries of thought that have developed and maintained the West, and he attacks threats to the dominant thought that has been central to defining the West.

For Shapiro, people desiring to be happy must pursue a life of moral purpose. The writer posits that the reason so many Americans do not have a positive outlook about the future is they are not living lives centered on moral purpose.

Ben Shapiro argues that the United States was the first nation to be grounded in philosophy. He cites Thomas Jefferson’s comments about the Declaration of Independence as an effort to ingrain the thought of Aristotle, Cicero, Locke, and other great philosophers into the fabric of America.

The Right Side of History advocates for strong opposition to efforts to weaken individual rights in America.