Are too many Republicans stuck on stupid? No, literally stuck on stupid: Donald Trump. Are you using Donald Trump to reflect your disenchantment with the last two presidential outcomes? Have you simply surrendered all hope of winning the White House? The Party of Lincoln and Reagan is turning to Trump? Really? Although the time left to change course is waning, a strong window of opportunity still remains. President Ronald Reagan worked tirelessly to advance principled conservatism, resulting in a powerful conservative revolution: the Reagan Revolution. This passionate commitment to conservatism has defined the Republican Party for decades. Unfortunately, this storied history of the Republican Party is being threatened and hijacked by a megalomaniac, Donald Trump. The real blame for the meteoric ascendancy of Mr. Trump rests with the 70% of Republicans not voting for him; your failure to coalesce around a single candidate has made him the front-runner.

The conservative alternative to Trump who can win the presidency in 2016 is Senator Marco Rubio. Yes, a number of conservatives have problems with Rubio’s past support of comprehensive immigration reform, although he no longer supports it until the border is secured. Senator Rubio has a proven conservative record, and for those who are looking for a political outsider, remember he was elected as the Tea Party’s favorite in Florida. Rubio isn’t a part of “the establishment.” He represents a new generation of Republicans, a generation vastly expanding the number of new Republican voters. This new generation of Republican voters will run far away from the Party if Trump is the nominee.

Senator Cruz, Governor Kasich and Dr. Carson all claim President Reagan as their conservative idol. The time has come to prove it: suspend your campaigns and support Rubio. Don’t allow your egos to harm the collective good of your Party. A vote for Donald Trump is a vote for Hillary Clinton or Bernie Sanders. Trump is really a Democrat. He supports abortion, high tariffs, high taxes, neutrality in the Israeli-Palestinian conflict, universal (single-payer) health care, and other liberal Democrat positions.

If Donald Trump is the Republican nominee, the Party will be viewed forever as a joke. People will say, “This is the Party that nominated Donald Trump. Yes, Donald Trump.” Why should voters take the Party serious with Mr. Trump as the nominee?

Anger is not a policy. Mature, principled conservatives transform anger into meaningful, results-oriented policy. Trump transforms anger into rage—not policy. Why aren’t Republican voters demanding him to proffer thorough and thoughtful policies? Pure ignorance. He’s taking advantage of this ignorance too. Trump recently stated, “I love the poorly educated.” He’s playing a huge joke on the Republican Party, and the harsh reality is numerous Republicans are too ignorant to recognize it.

The next President will appoint one to four Supreme Court justices. Should the American people trust this important responsibility to the mind (or lack thereof) of Mr. Trump? No. It would be better for Hillary Clinton or Bernie Sanders to win than to have the Republican Party’s legacy destroyed by the recklessness of a President Trump.

Wise up, Republicans. You have a candidate who can defeat Hillary Clinton and Bernie Sanders and a candidate who can attract numerous new and diverse voters to the Republican Party: Senator Marco Rubio. Republicans, return to being conservatives. Nominate a true conservative who can win: Senator Marco Rubio. Aren’t you tired of losing? With Trump, you’ll suffer another 4 or 8 years with a Democrat in the White House. It’s your choice, though. 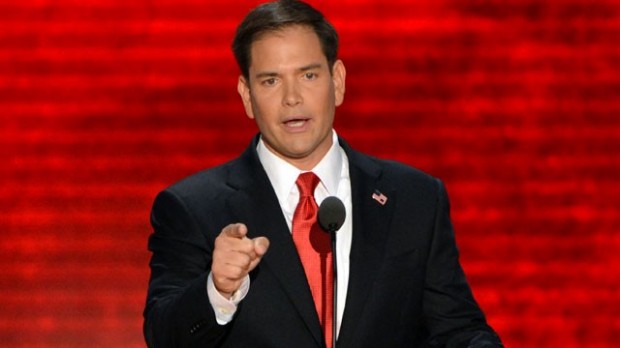 1.      Nominate Senator Marco Rubio for President in 2016.  By nominating Senator Marco Rubio for President in 2016, this sends Hispanics a substantive and symbolic message that the Republican Party is committed to ameliorating its relationship with Hispanics and to championing policies that will make a difference in their lives.  Hispanics need to see a Hispanic nominated on a national Republican ticket, and Senator Rubio is an excellent choice for fulfilling their longing.

2.      Pass Comprehensive Immigration Reform.  Congressional Republicans must be active in passing comprehensive immigration reform to bolster the number of Hispanics who vote for the Republican nominee for President.  Republicans need to support a bill that would include the Dream Act, a pathway to legal citizenship, and grant a temporary legal status to undocumented workers who don’t have criminal records.  Yes, include strong border security in the bill, but don’t let your passions for border security blockade granting a temporary legal status for undocumented workers who don’t have criminal records.

4.      Focus on the Economy.  Republicans do a better job with Hispanics and most groups when they concentrate on the economy, instead of on divisive social issues.  Meet with Hispanic business leaders and entrepreneurs and let them know exactly how Republican economic policies can enhance their economic circumstances.

5.      Have Substantive Meetings with Hispanics.  Republicans need to travel across the country and meet with diverse groups of Hispanics, even those who have never voted for a Republican.  Seek advice from these diverse groups of Hispanics and adopt at least one idea you hear from many Hispanics that you don’t necessarily agree with.  Our representative democracy is heavily dependent on compromise.  In order to govern effectively, Republicans must present themselves as being equipped to govern.  If Hispanics don’t see the Republican Party as a party willing to compromise, then they will not vote for a party that’s so beholden to its positions that it’s willing to sacrifice effective governance for its stubbornness.