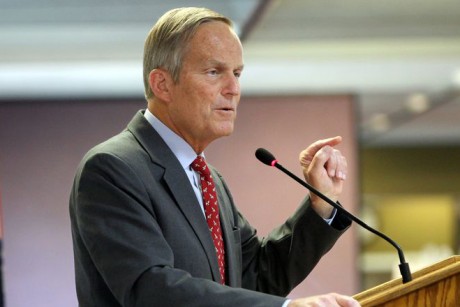 I need education about rape.

Your recent comments discussing “legitimate rape” are offensive to rape victims and survivors and women in general.  While you have stated that you misspoke, your comments have placed you in a position where you cannot be an effective candidate for the Republican Party and cause many women to lack confidence in your judgment now and if you were to become a U.S. senator.  When you make comments that are not carefully articulated in the public domain, you’re not always going to be given an opportunity to revise and extend your remarks, especially comments made on the campaign trail.  Comments made on the campaign trail are not always given the “revise and extend” rights those in the U.S. House of Representatives and U.S. Senate enjoy.  You need to step aside and do what’s best for America, the state of Missouri and the Republican Party.

If you continue to stay in the U.S. Senate race in Missouri, you will demonstrate that you’re not committed to the interests of the American people but are more concerned with your personal ambitions.  While I can understand your desire to want to serve as a U.S. senator, you cannot let this desire prevent the people of Missouri from having a campaign about substantive issues rather than about “legitimate rape.”  To make such outrageous comments about rape, you prove you’re not ready to represent Missouri in the U.S. Senate.

The comments you made about rape are absurd.  You will have other ways in which you can serve the American people and you will have future opportunities to run for elected office.  This is not the time for you, however.  Your word choice has cost you an opportunity to win the U.S. Senate seat.  In your attempt to evince just how pro-life you are, you went too far.  Although you have some great ideas and positions on other issues, you will be linked to your “legitimate rape” comments.  Do the American people a favor and drop out of the campaign.

Please drop out of the campaign immediately!