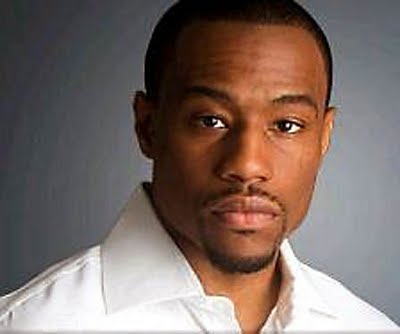 Although I have the greatest respect for Dr. Marc Lamont Hill, Columbia University professor, published scholar, and Fox News contributor, I have to respond to his most recent article, “I Hate Drake. There. I Said It” (http://www.theloop21.com/society/i-hate-drake-there-i-said-it). I am such a fan of Dr. Hill. I have read his academic publications, follow his writings on his website (www.marclamonthill.com), have permanently linked his website on my blog, and I follow him on Facebook and Twitter. I posit that Dr. Hill is one the brightest minds and great public intellectuals of our time. Having said all of this, I am quite unsettled and unnerved by his comment that he “hates” Drake. The purpose of this article is to express my problems with Dr. Hill’s promulgation of his “hate” for Drake, and to respond to his problems with some of the current artists on the hip-hop scene.

First of all, the word “hate” is a powerful word to direct at a person. Dr. Hill is a scholar and social justice activist who fights against past and postmodern “hate” and discrimination in his work inside and outside of the academy. Mahatma Gandhi once said, “We who seek justice will have to do justice to others.” While I certainly support and embrace Gandhi’s statement, Dr. Hill’s recent comments about Drake do not reflect that he supports and embraces this statement in its totality. He has to understand that his investment in elucidating and illuminating the value of hip-hop is significantly undermined when he uses such language to attack one of the leading hip-hop artists, Drake. Marc makes me wonder if he has a problem with the reality that Drake is half Canadian and the fact that he is one of the most prominent faces on the current hip-hop scene. Although Dr. Hill argues that this is not the case, the fact that he does not give his reader a strong understanding as to why he “hates” Drake makes me really curious (at best). Now, Drake’s music alone cannot cause Marc to legitimately hate Drake. I would love for him to offer his readers a more thorough explanation for why he hates Drake.

Dr. Hill tries to make the argument that Drake’s lyrics lack substance. I would like to encourage him to engage in a deeper exploration of the powerful messages communicated by Drake’s “Over” and “Successful.” When you listen to these two songs, Dr. Hill, you cannot honestly say that Drake is just a “pop song writer.”  Dr. Hill, even some of the greatest rappers attempted to sing parts of their verses; therefore, Drake should not be penalized because he can sing. If Drake does have a proclivity to resort to the superficial instead of the substantial in his work (as Dr. Hill asserts), then it is more of a reflection of how artists are conforming to the cultural logic of late capitalism and not simply something Drake should be held solely responsible for.

Dr. Hill seems to want rappers to be in the mold of Nas. He will not consider a rapper a true MC if he does not reflect the rap tradition of rappers like Nas. I find this to be highly problematic. For hip-hop to be true hip-hop, it does not have to fit Marc’s limited definition of it. It does not have to simply be highly reflective of rappers like Nas. One of the dimensions of hip-hop that people have grown to love is its ability to accommodate new artists and their particular expressions within hip-hop. Hip-hop, at its best, is about tolerance. Drake’s style of hip-hop, which I do not see as departing from traditional hip-hop in any subversive or meaningful way, respects the tradition of hip-hop. Drake is a serious hip-hop lyricist and MC—no matter what Dr. Hill says (no disrespect).

Marc said that Drake has a fake Southern-style voice, one that is tailored for corporate interests. Well, Marc, I was born and reared in the South and I certainly do not hear any southern accent in Drake’s sound. I simply need Dr. Hill to be more thorough in his examination of Drake, and to give stronger reasons for his “hate” for Drake. Even when I have disagreed with Marc in the past on issues, I have always understood his arguments and rationales. On this issue, however, Marc has left me (and us) with much to be desired. 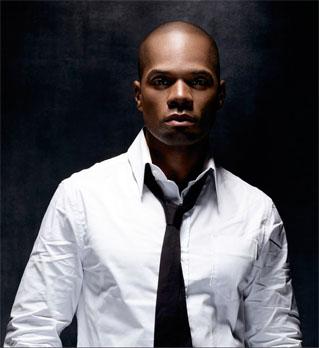 Many proponents of traditional gospel music have posited that Franklin’s fusion of Hip-Hop music and culture with traditional gospel music is not gospel music at all. They see this type of music as turning gospel music from sacred music to more of a secular form of music. The contemporary gospel of Kirk Franklin still represents scared music: It maintains a fundamental commitment to the glorification, worship, and acknowledgement of God. What is different about Kirk Franklin’s postmodern Hip-Hop-oriented gospel music is it understands how times have changed in such a way that the music has to change in a way to reflect the times—while maintaining a core commitment to the same Jesus of the past, present, and future. Bishop Paul L. Fortson of Paradise Church of God in Christ in Forest Park, Georgia argues that any music that has “Jesus” in it is gospel music. I completely agree with him.

Today, I salute Kirk Franklin for having the willingness to unsettle, unnerve, and unhouse African-American Christians who hold limited views of what gospel music is. Because of his willingness to be a gospel music revolutionary artist, writer, and producer, thousands of lost souls have been able to be saved and know that there is a God looking out for them. Franklin has demonstrated that Hip-Hop culture does not have to be divorced from gospel music and the Church. He helps us to understand that Hip-Hop culture lives within the Church and the people who the Church serves and desires to reach. Without Kirk Franklin, we may have never been able to see R. Kelly singing a gospel song. 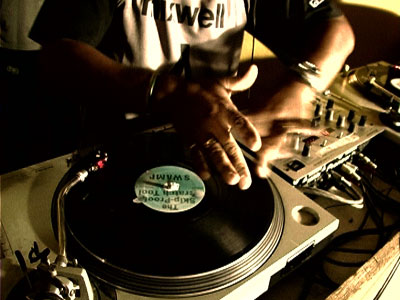 I understand that there are some problems with hip-hop, as there are with all phenomena, there is tremendous potential in hip-hop to deliver serious improvements in health in South Africa. With this idea in mind, I am seriously exploring this potential of hip-hop in my Educational Policy Studies 750 seminar course, “African Education: Past, Present, Future,” at the University of Wisconsin-Madison to improve health-related decision making in South Africa. The inspiration behind this idea is the great popularity of hip-hop on the continent of Africa and the significant meaning of songs to Africans. It is my hope that hip-hop can be used in South Africa as a tool of engendering change in health-related decision making.

When I first announced this idea in response to a question on a good friend’s Facebook status, a University of Wisconsin-Madison female student responded that South Africans need more than pamphlets being passed out to them to improve health-related decision making. While I completely understood her desire not to see more literature simply being disseminated to South Africans, this was not my simple intention. My intention is to use the full range of the power and influence of hip-hop to change the culture of health-related decision making. I think she was afraid of my use of “health literacy.” Unfortunately, her understanding of my use of health literacy was egregiously misunderstood. She does not understand that I am promoting an active, living, and meaningful notion of health literacy, one that is just as real as the hip-hop culture South Africans engage with. I do hope, however, that this young lady has not given up on the power of literature to create social change.

In Postmodernism or, the Cultural Logic of Late Capitalism, Fredric Jameson, a Marxist theorist and leading cultural critic, contends that one of the most damaging dimensions of the postmodern epoch is a rejection of thinking in terms of totality. If we were willing to think in terms of totality, we would be much more inclined to use whatever means available to us to try to ameliorate our health conditions throughout the world, including South Africa. While hip-hop has not traditionally been associated with health interventions, this should not cause us to not engage it with issues pertaining to health. Since one of the critical problems with health-related decision making in South Africa has to do with how men interact with women sexually, including the raping them, hip-hop artists have an opportunity to start communicating to them through their art about why they should value their women’s bodies better and treat them much better. These messages will certainly have some potential to reach South African boys and men in ways that we have never thought possible: The words of these hip-hop artists can become topics of great interest to them in their everyday lives–simply because hip-hop artists are talking about issues pertaining to health-related decision making.

My study will be completely finished in less than a month, and I plan to publish this study in a scholarly journal. I will make access to this study available on this site after it has been published. I look very forward to concluding my work that will offer South Africans and potentially people across the globe new solutions for improving health-related decision making.