Although an aggressive pursuit of racial, social, economic, and educational justice is admirable and necessary, those engaged in justice work must connect intellectual diversity to their efforts. You cannot claim to champion justice while failing to welcome and appreciate ideas and viewpoints divergent from your own. Justice isn’t justice when it’s disconnected from love. In fact, Dr. Cornel West, one of the greatest minds, public intellectuals, and fighters for justice in world history, often says, “Justice is what love looks like in public.” Are you so “woke” that you only see your ideas and viewpoints as the vehicles through which change can be instigated and engendered?

When looking at how to create change, one doesn’t have to look any further than Dr. Martin Luther King, Jr., a real change agent and justice leader, the man who changed America forever. King met, engaged, and debated everyone, including racists and those desiring to kill and undermine him. He understood to develop solutions that have broad support discourse with those known and perceived to be disagreeable is required. The world-renowned slain civil rights leader was serious about democracy, keenly aware of how frank debate, especially with various opposing sides, is essential to an authentic multivocal, multiethnic democracy.

Kingian democracy, therefore, longs for inclusion, inclusion of all voices—regardless of how unsavory—revealing an unwavering faith in democratic ethics and possibilities. In Prophetic Fragments: Illuminations of the Crisis in American Religion and Culture, Cornel West (1988) asserts that: “King was convinced that despite the racism of the Founding Fathers, the ideals of America were sufficient if only they were taken seriously in practice. Therefore, King’s condemnation of and lament for America’s hypocrisy and oppression of poor whites, indigenous peoples, Latinos, and black people was put forward in the name of reaffirming America’s mission of embodying democracy, freedom, and equality” (p. 11).

King didn’t exclude the racist Founding Fathers from his notion of democracy. Unfortunately, though, too many in the postmodern epoch isolate themselves from others for far less critical differences. In this moment of increasing moral, social, cultural, political, and religious decadence, people will isolate themselves from others over the most inconsequential personal choices, including a choice not to “boycott” the NFL or make posts on social media platforms that pledge allegiance to their capricious brands of “woke.”

King embraced the reality that any valid notion of freedom and democracy must welcome intellectual diversity. As Booker T. Washington stated in his 1895 “Atlanta Compromise” speech delivered at the Cotton Estates and International Exposition in Atlanta, “In all things that are purely social we can be as separate as the fingers, yet one as the hand in all things essential to mutual progress.” Washington, sharing some affinities with King, understood the power of intellectual diversity. Washington anticipates the Kingian “beloved community.” With agapic love, King evinced for a nation, for the globe how potent, how beautiful diversity in all of its flavors can be and how we can enjoy being “separate as the fingers, yet one as the hand.”

In Postmodernism or, the Cultural Logic of Late Capitalism, leading Marxist cultural theorist Fredric Jameson (1991) asserts that one of the central problems in postmodernism, the cultural and historical period in which we reside, is a general proclivity to cherish fragmentation and reject totality. This fatuous acceptance of fragmentation figures prominently in whether efforts to achieve racial social, economic, and educational justice are successful. Late capitalism’s cultural logic leads too many individuals, individuals claiming to work for justice, to quarrel with one another over their petty differences, sacrificing their collective interests and aspirations for their own selfish interests and wishes.

To overcome this troubling propensity for selfishness, courageous and indefatigable justice activists and leaders must expose the rot, the funk selfishness is. We should never allow our personal agendas and interests to hinder and supercede the collective good, interests, and aspirations. When we do, we equip and permit the elites, the oppressors, the ruling class to erect additional barriers to the work of justice that’s crucial to achieving justice.

Before you disengage with people, especially those who have the same interests and goals as you (just with differing ideas and methods pertaining to those interests and goals), recognize when your words and actions are self-defeating, frustrating the very justice work you profess to hold dear. 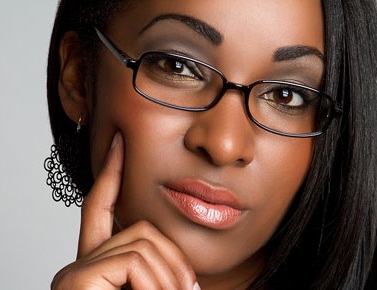 We have to reimagine our pre-k – college classroom as critical thinking laboratories.  The pursuit of a diploma and degree must have significantly increased critical thinking skills and capacity attached to it.  Many people are familiar with the trite question: Why can’t Johnny read?  Let’s replace this question with a new question: What critical thinking preparation have we given Johnny to help him to be able to read?  Learning how to read is a challenge.  We, therefore, have to offer Johnny training in critical thinking that will enable him to conquer the challenge of learning to read.

Do You Truly Want to Close the Achievement Gap?

Educators and administrators genuinely committed to closing the academic achievement gap between white and non-whites will begin to embrace how vital it is to transform classrooms into critical thinking laboratories.  Imagine being in a Mathematic class where teachers take the time to view each problem through the lens of building critical thinkers.  How the students conceive and work through each problem will be viewed as just as essential as the actual answer.  We will begin to see instructors assigning students to write reflectively about their Mathematics problems, empowering instructors and students with a keen understanding of strengths and weaknesses in solving assigned problems.

What is the Goal of Preparing Students to Become Critical Thinkers?

Finally, critical thinkers are crucial to making the next generation of thinkers ready for the tremendous challenges they will encounter.  The world will continue to advance.  Educators must ensure that there is an appropriate transfer of knowledge from one generation to the next.

Let’s empower teachers with the flexibility and tools to transform students into powerful critical thinkers.  From pre-k – college, teachers must concentrate on how they can become meaningful participants in facilitating the evolution of leaders equipped to think in ways that change our world.