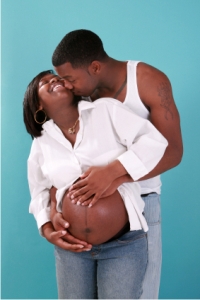 Too many adults who have children behave in very immature ways that do not set a positive example for their children.  The level of maturity of many of these adults with children makes it difficult to believe they actually have children.  The reality is, however, almost anyone can have a child, but it takes committed, mature, and selfless people to be quality parents.  One would think that once people have reached adulthood they would evince the normative maturity indicative of adulthood.  Unfortunately, too many adults still do many of the same immature things they did as children in elementary, middle, and high school.  Sometimes one has to wonder why God would even allow immature people to bring precious new life into the world, especially when these immature people are going to be responsible for taking care of precious new life.

When you make the decision to have children, you need to understand that your immaturity should end with the discovery that you will now be a new parent.  If you knew you weren’t ready for children, then you shouldn’t have had unprotected sex.  It’s not like you didn’t know unprotected sex leads to pregnancy.

Women, when you decide to have a baby with a man who you know is no good, then you should be ready to suffer the consequences of having to rear the baby alone.  Before you start promulgating all of your frustrations about the challenges of rearing a child as a single mother, think about the foolish decision you made to have a baby with a man you knew was no good before he even inserted his penis in you.  You should have never been under any illusions that having a baby with a no good man was going to change how he acts—no matter what he told you before and/or while you were having the sexual encounter that led to you becoming pregnant.

Men, don’t have babies that you know that you don’t want.  Don’t have babies with women just to attempt to prove your masculinity or hypermasculinity.  One would like to think that bringing a child into the world would cause you to change the way that you act and think.  It would be nice to see you become a much more responsible person when you have a child.  However, many of you continue to allow your own selfish priorities to take precedent over the more important responsibilities that accompany the arrival of your child into the world.  Grow up fast!

If you want to be a real mother and father to your children, you must make a conscious choice to become more mature.  The last thing a new baby needs to be greeted with when arriving out of his or her mother’s womb is immature parents.  Now, you would think that a woman who has carried a child in her womb for nine months would act mature for her child, but many women don’t even begin to change their immature behavior while they are pregnant and after they have given birth.

When you are the mother of a child, you shouldn’t be on Facebook trying to start fights with people.  You should not be spending more time on Facebook than you do rearing your child.  Your Facebook statuses should not be bringing shame to your child.  It would seem that you would think about how you are presenting yourself as a woman when you are using social media.  The way in which you present yourself on Facebook, Twitter, and other social media vehicles can be significantly harmful to your ability to secure employment or advance in your career.  You never know who may view what you have said and/or posted on Facebook, Twitter, and other social media sites.

If you are Facebook friends with your parents, you ought to have enough respect for your parents to conduct yourself in a way that demonstrates good character, maturity, and a sense that you have good values.

If you made a mistake and had a baby with one man that you already knew was no good before you had the baby with him, then it’s just stupid to go and have a second, third, fourth, and so on with more no good men and/or the same no good man you had your first child with who has not changed at all.

Although it can be quite unsettling, unnerving, and may even temporarily unhouse you, you need to engage in some deep self-evaluations about why you’re not acting like the responsible adult you should be for your children.  Don’t try to pretend like you’re happy when you know you’re not.  Try to get to the root of what prevents you from being truly happy.  If you know that much of your immaturity stems from low self-esteem, then you need to seek the help you know you need to boost your self-esteem.  However, boosting your self-esteem does not mean getting on Facebook and other social media sites and distracting yourself from the deep internal and external problems you’re experiencing.