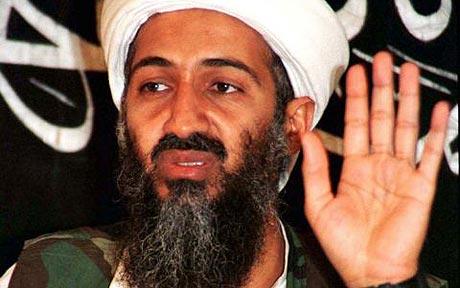 All Americans are not proud and in a celebratory mood about Osama Bin Laden being brought to justice, however. On Facebook and Twitter, I had an opportunity to witness some great disrespect for the brave men and women who serve in uniform. Although I do everything within my power to respond to attacks on our military, Americans have the freedom to attack those who service in uniform. The courageous men and women in uniform have fought and died for the right of all Americans to enjoy the freedom of speech, which is one of the bedrock principles of America.

One University of Wisconsin-Madison female law student argued on Facebook that people who celebrate the death of Osama Bin Laden have “small minds.” The following is one comment that she made: “while it may be a ‘happy moment,’ it is hardly an occasion for public celebration. Small minds celebrate the death of Bin Laden, while greater minds can see beyond that. What saddens me is knowing that we have come to a point, as human beings, where we feel comfortable putting our humanity aside to celebrate a man’s death (even if our enemy). Too bad we’re not better than that…” She kept arguing that all people celebrating the death of Osama Bin Laden have small minds. This young woman is, therefore, calling me a “small mind” when she is not even qualified to tote water for me or hold my jockstrap. She would never directly address me because she knows she’s an intellectual lightweight and I’m an intellectual heavyweight.

On Facebook and Twitter, there were the usual people on there saying ridiculous stuff and attacking our troops, and they were contending that we should not be happy about this moment and should not be celebrating Osama Bin Laden’s death. On Twitter, I observed some people on the Left challenging how contradictory and wrong it is for Americans to be celebrating the death of Osama Bin Laden.

I would just like to say that people don’t have small minds just because they celebrate the death of Osama Bin Laden. Many Americans lost family members and friends on September 11, 2011 because of what this evil man orchestrated. I guess some people will continue to think that the victims’ family and friends have small minds because they celebrate Bin Laden’s death.

Bin Laden was successful in disrupting and altering crucial aspects of the American way of life. We have lost numerous lives because of this man. He has had a tremendously negative impact on our economy. Americans have a right to feel angry with this man. A way for us to express our anger and to appreciate the successful mission of our troops is to celebrate the death of Osama Bin Laden. Osama Bin Laden’s death symbolizes much more than the death of a single man, but the death of the man responsible for beginning this War on Terrorism.

It’s too unfortunate that some skinny and long neck female law student at University of Wisconsin-Madison and others would think that people like me who celebrate Osama Bin Laden’s death have small minds. Those who have small minds are not open to opposing positions from the ones they hold. If you ever want to be successful, you are going to have to be willing to be open to engaging the viewpoints of others without trying to attack them for having viewpoints that differ from your own.

If passionately celebrating Osama Bin Laden’s death means I have a small mind, then I’m proud to have a small mind because the killing of this evil man is an outstanding achievement for America’s national security interests. I support our military and congratulate the men and women who serve in uniform for doing a stellar job of defending our nation and protecting our liberties.